Alcohol and It's Effect on Fertility

Traditionally, couples trying to conceive were advised to avoid alcohol.  The belief was that alcohol and fertility did not mix as alcohol had a negative effect on the reproductive system, thereby making conception more difficult.  A recent study of couples undergoing IVF treatment now questions this stance. 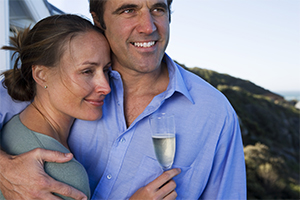 The research on couples undergoing IVF treatment took place from 2007 to 2013 at Massachusetts General Hospital. During that time the IVF results for 105 men were recorded.  Prior to undergoing fertility treatment, the dietary habits of the men were documented.  Researchers were surprised to find a positive relationship between alcohol and fertility in men.  Men who reported drinking the equivalent of two 12 ounce beers daily had live birth rates that far exceeded that of men who drank little to no alcohol.  Only 28 percent of couples where the men reported the least amount of alcohol consumption had live births.  Comparatively, couples with men that reported the highest level of alcohol use had a live birth rate of 57 percent.

Given the small number of individuals in the sample further research is needed to confirm how alcohol use in men affects fertility.  Previous research has indicated that alcohol is toxic to sperm and may impede fertility.

The findings of the Massachusetts General Hospital study were not all contrary to current research.  The study’s findings on caffeine use showed a substantial negative effect on fertility.  Couples where men consumed three or more cups of coffee a day had live birth rates that were half of that of couples where men had less than one cup of coffee daily.  In fact, once other fertility limiting factors of obesity and age were adjusted, only 19 percent of couples with the highest caffeine intake had a live birth.  This is in stark contrast to those individuals with the lowest caffeine consumption who had a live birth rate between 52 and 60 percent.

Learn more about how diet, including alcohol and fertility, are correlated by contacting the fertility experts at New Hope Fertility Center.  Please click the link below to enter your information and New Hope will contact you, or simply call 212-517-7676. Thank You.