The Basics About Ovarian Tissue Freezing 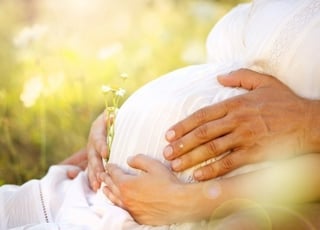 The National Institutes of Health reported that [h]uman ovarian tissue transplantation has resulted in the birth of over 70 children worldwide. Preserving female fertility through ovarian tissue freezing is trending today because it is a proven safe and successful procedure. According to a 2015 study published in the journal of Human Reproduction, 10 out of 32 women facing chemotherapy were able to conceive naturally after undergoing ovarian tissue freezing before cancer treatment.

Our fertility specialists provide all-encompassing cryopreservation techniques for protecting the fertility of both women and men.

At some determined time in her future, a woman’s fertility can be readily restored and she can naturally have a baby.

To help along the natural conception of a baby for women who have undergone an ovarian tissue transplant, New Hope Fertility Center offers:

A variation of timed intercourse is Medicated Timed Intercourse. Typically, a woman only produces one healthy egg per monthly cycle. With Medicated Timed Intercourse, you will be prescribed oral fertility medications – Clomid or Femara – to stimulate your ovaries into producing multiple eggs during one monthly cycle. Because you are producing multiple eggs, your chances of conception increase during your ovulation window during a timed intercourse cycle. A word of caution: There is a high risk of conceiving a multiple pregnancy through Medicate Time Intercourse.

Timed intercourse is often used in conjunction with Intrauterine Insemination (IUI). IUI is the generally the same treatment protocol followed through medicated timed intercourse. After an injectable ovulation trigger medication – hCG – has been self-administered, a concentrated amount of sperm is inserted into the woman’s uterus via her cervix in a simple office procedure similar to a Pap smear.

Ovarian tissue freezing is a state-of-the-art fertility preservation technique. It is important to work with a fertility care team having the experience required to design a customized fertility preservation treatment plan meeting your personal needs. To schedule your initial consultation with one of the world renowned ovarian tissue freezing experts at New Hope Fertility Center call 917.525.5496.