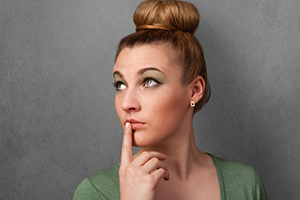 National Endometriosis Awareness Month in March is a movement to increase knowledge about a leading cause of female infertility.

Bottom Line: Infertility is a classic and devastating symptom of endometriosis.

New Hope Fertility Center is an avid promoter of Endometriosis Awareness with the specific goals of:

Endometriosis affects a woman’s reproductive and surrounding organs when uterine lining tissue (endometrium) grows outside of the uterus and into other areas of her body.

This errant tissue is generated by hormones creating endometrial cells. The disease causes adhesions (scar tissue), lesions, and blood-filled cysts. Endometrial cells appearing in abnormal locations cause endometriosis. When these errant endometrial cells grow and then sluff off, there is no escape outlet from the body, and internal bleeding leads to:

Infertility is a classic and devastating symptom of endometriosis. Other pelvic pain symptoms:

Women with endometriosis are three to four times less likely to conceive or maintain a pregnancy. Endometriosis causes infertility in several different ways.

The suspicion of endometriosis usually begins based on a woman’s symptoms and is followed up with blood and ultrasound testing to detect ovarian cysts. Laparoscopy Surgery is the definitive method of accurately diagnosis endometriosis and determining its severity.

Some women may suffer from a toxic pelvic peritoneal environment because endometriosis causing widespread tissue damage. Inflammation may produce and release toxic substances which release white blood cells. White blood cells interfere with the fertilization of an egg as it passes through the fallopian tube by killing sperm traveling toward the egg.

To schedule your initial consultation with one of the Fertility Specialists at New Hope Fertility Center, click the icon below – or – call 917.525.5496.