4 Fall Trips to Plan Near NYC

New York City is one of the world’s busiest cities, making it a prime place to visit any time of year. The fall season is no different, with a vast variety of attractions and events that offer something for everyone. Whether you live in NYC full time, are visiting the area shortly or live just a short distance away, fall trips to NYC could be just what the doctor ordered.

Things to do in and around NYC in the fall include: 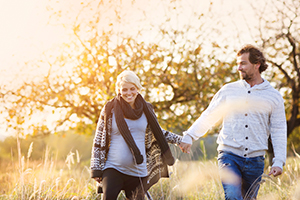 Held annually by the Film Society of Lincoln Center, the event features films from a number of the most popular film makers of our time including Steven Spielberg and Robert Zemeckis. In it’s 53rd year, the festival offers both full length films and shorts on a variety of subjects. The festival runs from September 25th through October 11th.

The NYC Wine & Food Festival is a charitable event that helps to fund charities that address hunger in and around NYC. The festival includes offerings from a number of celebrity chefs, classes and food from some of the top restaurants in NYC. This year’s festival runs from October 15th – October 18th.

In the fall, Broadway shows open providing an opportunity to catch some of the stages’ newest offerings. Offerings range from the classics Jersey Boys and Phantom of the Opera, to new offerings to China Doll – a new play that features Al Pacino. With so many options for shows, you’re sure to find something that appeals to your taste.

NYC is one of the greatest sports towns in the United States. With teams in every major sport, there are sporting events held throughout the fall. Baseball season runs through early October, but can go longer if the NYC teams make it to the playoffs. Football kicks off in early September, followed by basketball at the end of October. There are also a number of colleges and universities that also host collegiate sporting events.

Please click the link below to enter your information and New Hope will contact you, or simply call 212-517-7676. Thank You.