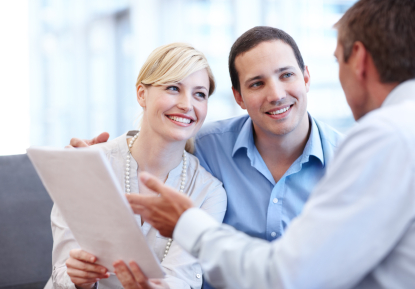 As you may know, New Hope Fertility has been a longtime advocate of single embryo transfers to reduce the health risks associated with multiple births (unless our patients request otherwise), so we were particularly excited to see a recent article published in The Wall Street Journal featuring a study warning about the risks of multiple embryo transfers. The article recommended single embryo transfers during IVF, expanding insurance coverage of IVF and improving patient education about the risks of multiple pregnancies. It also recommended limiting the use of controlled ovarian stimulation, a separate fertility treatment that is believed to account for more multiple births than IVF.

The article encourages single embryo transfers due to all the risks and complications caused by multiple pregnancies. Various studies and analysis show that multiples have a greater risk of preterm birth, which is associated with an increased risk of death and many long-term health problems, including neurological disabilities, the article said.

In a study published last year in Fertility and Sterility, researchers from Sweden compared 921 women who had two children in separate IVF cycles and 991 women who underwent one IVF twin pregnancy. The researchers found that outcomes for mother and child were better for those who had two single pregnancies. The analysis looked at factors including preterm births, birth weight, respiratory complications and maternal health issues such as preeclampsia.

Additionally, a lack of adequate insurance coverage pressures many patients into decisions that increase the likelihood of multiples. One full cycle of IVF typically costs upward of $10,000. Only a handful of states require insurance to cover IVF and the value of the benefit can be capped as low as $15,000 and may only include one cycle, according to the article.

Also encouraging doctors to implant more than one embryo is the way fertility clinics are mandated to keep track of their success rate, experts say. One cycle of IVF can include the transfer of multiple embryos, which increases the chances of success. But if a doctor unsuccessfully transfers one embryo and then tries again with a second embryo that had been frozen, that counts as two cycles and results in a lower reportable success rate even though the results were, at times, detrimental to the patient.

Over the past two decades, the rate of twin births in the U.S. has increased by about 76%, fueled by older maternal age and increased use of fertility treatments. In 2012, 3.3% of births resulted in twins, according to the Centers for Disease Control and Prevention.

As a patient-centered, patient-first center, New Hope is proud to champion SET policies and is excited that the topic is trending and in the forefront of people’s minds. You can read more about New Hope Fertility’s single embryo transfer policy or view the original WSJ piece.