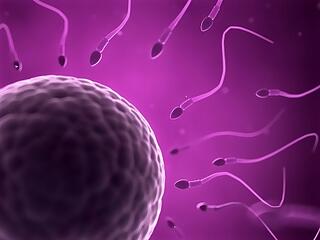 For many decades, sperm freezing (cryopreservation) has been established as the optimal method of preserving a man’s future fertility. At New Hope Fertility Center, sperm freezing is accomplished:

Cryopreserved through the vitrification method in vials, thawed sperm can be readily used to fertilize a woman’s egg in the future through:

New Hope Fertility Center’s founder and medical director – Dr. John Zhang – pioneered the modern freezing method of vitrification. Used by our fertility specialists since 2004, vitrification is an advanced technique designed to increase the chance of a successful pregnancy being achieved using frozen/thawed sperm. Vitrification is the rapid freeze method of freezing. Extreme, rapid freezing avoids the formation of harmful ice crystals between a sperm’s cells. The vitrification method increases the chances of pregnancy.

Vitrification is a flash-freezing method preventing the formation of ice crystals between a sperm’s cells. Ice crystals can cause damage.

The most effective treatment for male factor infertility is In Vitro Fertilization (IVF) using the intricate fertilization procedure known as Intracytoplasmic Sperm Injection (ICSI). ICSI is an enhanced fertilization method that can be implemented using either the known male partner’s sperm or donor sperm.

ICSI is used during IVF to individually fertilize each egg for optimal results. ICSI is used to maximize the rate of fertilization and lessen the chances of the sperm not being able to penetrate the wall of the egg.

It is important to work with a fertility care team having the experience required to design a customized fertility preservation treatment plan meeting your personal needs. To schedule your initial consultation with one of the celebrated sperm freezing experts at New Hope Fertility Center – click the icon below or call 917.525.5496.